Two items landed in my news feeds this week, reminding me of that old business slogan, “Build a better mousetrap …. and the people will come.”

The first was from the Huffington Post about Chobani yogurt, an official sponsor of Team USA at the 2014 Sochi Olympics. As it happens,  thousands of cups of Chobani yogurt are waiting to be shipped to Sochi to feed American athletes, but the Russians have been refusing to allow the shipment because of an ongoing dairy products spat with the United States.

Even so, that didn’t stop Chobani from taking a powerful stand last week against Russia’s anti-LGBT laws, joining AT&T in its equally powerful public opposition.

Last week Chobani tweeted an image of rainbow-colored yogurt cups with the tagline “Naturally Powering Everyone.” And Chobani’s CEO, Hamdi Ulukaya,told the Associated Press on Feb. 5 that “We

END_OF_DOCUMENT_TOKEN_TO_BE_REPLACED

LGBT activists in Cambodia, assisted by the United Nations and civil society organizations, are urging the government to pass legislation banning hate crimes and discrimination. What was billed as the first regional community dialogue dedicated to LGBT concerns was held in Phnom Penh January 20-21 and included more than 50 LGBT citizens discussing discriminations they have experienced. Read the story from the Phnom Penh Post.

“We are ordinary people too,” Nay Sitha, from  the Rainbow Community Kampuchea (RoCK), said. “Ordinary people that need access to jobs, education and healthcare; why should we be discriminated against for how we dress or who we love?”

Unfortunately, the routes to such positive legislation to secure equality for LGBTs can sometimes be labyrinthine. In Seattle, for example, the press for such laws began in the 1970s with quick successes in the city council, where laws prohibiting discrimination on the basis of sexual orientation in housing, public accommodations END_OF_DOCUMENT_TOKEN_TO_BE_REPLACED

Nigeria’s government has launched what may be one of the most vicious campaigns against its LGBT citizens since Nazi Germany’s Holocaust. Mobs demand deaths by stoning; judges pride themselves for compassion by “mere” whippings and imprisonments.  As the New York Times reports, a new Nigerian law  does not just  ban same-sex marriage but “goes significantly further, prescribing 10 END_OF_DOCUMENT_TOKEN_TO_BE_REPLACED

Google takes a pro-LGBT stance, reminding the world of what SHOULD have been the rule of the International Olympic Committee…since it is the IOC’s rule. 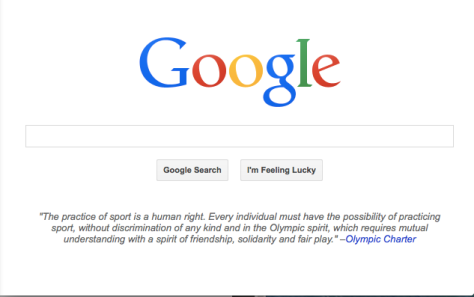 Many countries have laws insuring that any affection between LGBT folks can be punished as “gross indecency” or as a violation of traditional values that somehow endanger children. But here’s another  video promoting LGBT equality that shows just how wrong those laws are  — another piece of “rock com” for social change as one of my colleagues terms it.

It’s nothing fancy, like the Grammy Awards with a cast that included marrying couples and Madonna. Just simple love and romance between two men brought to the public eye.

David thought it was just a surprise birthday party. So did the friends who had been invited to surprise him. But David’s boyfriend Lucas had a surprise for everyone.  Be sure to watch until the end. View the video.

Some really important and positive news out of Singapore that apparently happened last November but is now just being noticed by the media — mostly because LGBT opponents are trying to overturn it:

The Singapore Health Promotion Board, which is the island nation’s leading government health organization, has declared that LGBT citizens are NOT mentally ill and are NOT suffering from any disease. They are instead — surprise — normal.

And, to emphasize that, the Health Promotion Board has posted what is, for Singapore, an extraordinarily LGBT-positive online “FAQs on Sexuality.” Click to read it.

The resource was apparently posted last November. Now, opponents are petitioning to have it removed. Gay Star News reports that about 1,500 have signed the anti-LGBT petition.   Apparently

END_OF_DOCUMENT_TOKEN_TO_BE_REPLACED

Amid all the focus on LGBT marriages in the United States, last week came a blast from what seems like the dark ages of American civil rights movements. It was a reminder that even when grand strides seem to have been made to secure LGBT equal protection, there are literally hundreds of legal discriminations still needing to be very specifically overturned by positive laws or positive judicial rulings.

Did you think that long ago LGBT citizens in the U.S. had secured the right to serve on juries?  Guess again. We MIGHT have gotten that right just about 10 days ago … but only in the Western states.

The U.S. Ninth Circuit Court of Appeals in San Francisco, with jurisdiction over most of the Western states, has just ruled that sexual orientation is NOT a basis for peremptory exclusions from a jury.

What, you say? Was someone really excluding LGBT folks from juries JUST because they were LGBT? It appears so. The test case involved

END_OF_DOCUMENT_TOKEN_TO_BE_REPLACED

The Tenth Great Thing is a moving  video out of Vietnam about the love between two young men, decidedly more romantic than the assertive Mackelmore and Lewis’ “Same Love.” I have to wonder whether its release might have had some role in persuading the  government of Vietnam to at least take the first step toward recognizing same-sex love by decriminalizing same-sex marriages this past November.

As this short video makes clear, our movement always finds its force in one simple fact: We Will Love…Regardless 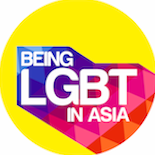 Today, surfing around the international cyber-LGBT world, I came across a truly impressive social media effort in Asia that’s being funded by the UN Development Program (UNDP) and the USAID program. It’s called “Being LGBT in Asia” and while it has the usual accounts you would expect on Facebook, Twitter, and Instagram (as well as  key Chinese social networks QQ, Weibo and Douban) here’s is what is really impressive: Being LGBT in Asia also has a page on Crowdmap where anyone can report violence or verbal harassment in locations all across Asia using a smartphone, email, a tweet or a web form.

Not only can folks file reports about discrimination, violence, or harassment but they can also tell stories about positive developments — personal stories of support from their families, pride rallies, and legislation making a difference.  And they can file in their own language. The site even has an alert system so that you’ll know if anyone files a report within 20 kilometers of your own location — a good way to keep up with what’s going on in your own city.

As we launch into a new lunar year, the Huffington Post today carries an overview of gains and setbacks LGBT citizens are both celebrating and suffering around the world:

While gay-rights activists celebrate gains in much of the world, their setbacks have been equally far-flung, and often sweeping in scope.

Russia’s anti-gay speech law is noted, of course, as are the new laws in Nigeria sending citizens to prison if they organize or promote a LGBT organization and in Uganda imposing life in prison for gay sex. These laws are all being advanced with the argument that “traditional cultural values” trump universal human rights values when it comes to LGBT citizens. The Article 19 organization (named after the freedom of speech article in the Universal Declaration of Human Rights) recently analyzed these violations of the UDHR. Read the Article 19 report: Anti-LGBTLaws

Asia, the Huffington Post article points out, “is a mixed bag when it comes to gay issues, due to vast differences in culture, religion and history.”  No Asian nation allows gay marriage, but Thailand’s